T’ai Chi classes every Tuesday in Kongensgate 16 from 9.00 -11.00.
Want to join? Send an email to dreamscreenproductions@gmail.com

Beyond matter-patterns of vibration has received funding from Arts Council Norway.
Rehearsals will begin spring 2022 with a residency in Ål, co-produced by Bærum Kulturhus-Dans SørØst.

Kristina taught a Taichi workshop at Inderøy 12th and 13th of March 2022, invited by Dans i Trøndelag.

Your shadow was performed at Rosendal Teater in Trondheim17th and 18th of February 2022.

Excerpt of Your shadow was performed in July, August, September 2021 as part of Dans Sørøst and Bærum Kulturhus’ project ‘Ute’ Dance in public spaces. 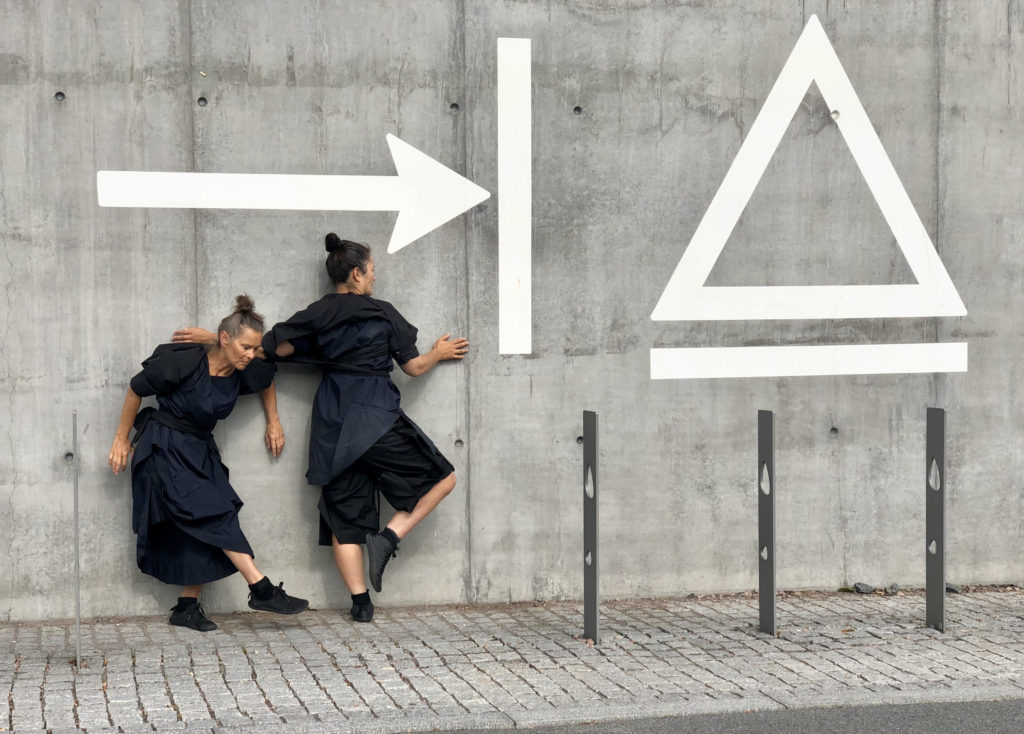 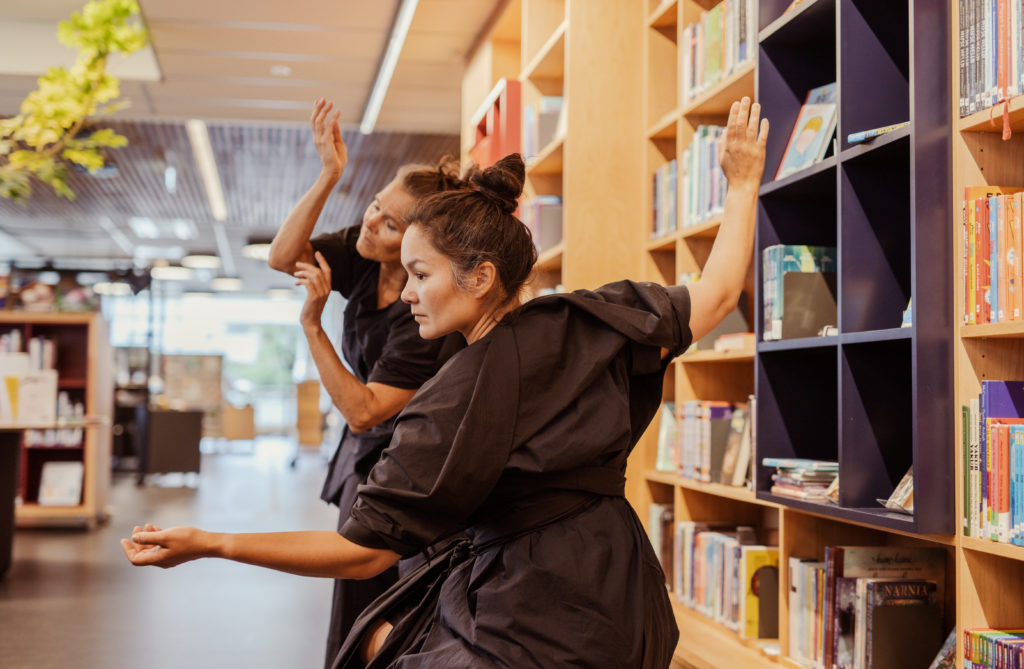 Your shadow premiered as part of a festival and seminar on art, alchemy and ecology in Bodø 9-12 September, 2021

The work on the collaborative pre-project; Beyond matter- patterns of vibrations, started with performer Fernanda Branco, Sound designer Morten Pettersen, visual artist Eric Williams and dance-artist Kristina Gjems. The work is about resonance, vibration and form and is funded by Arts Council Norway. 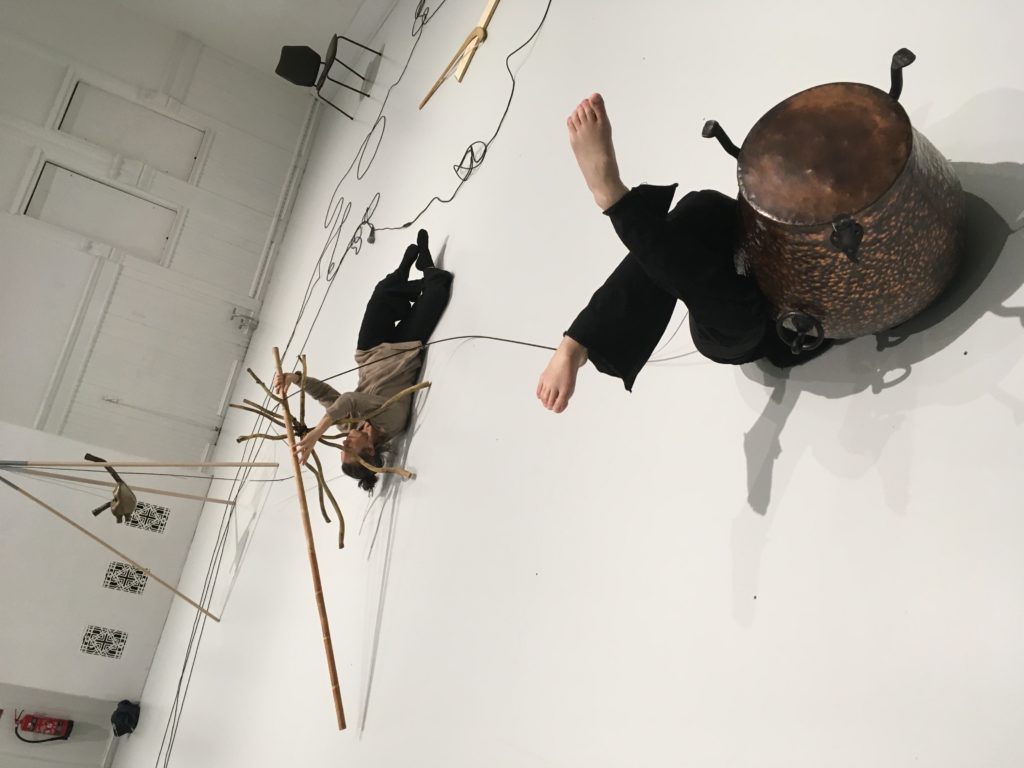 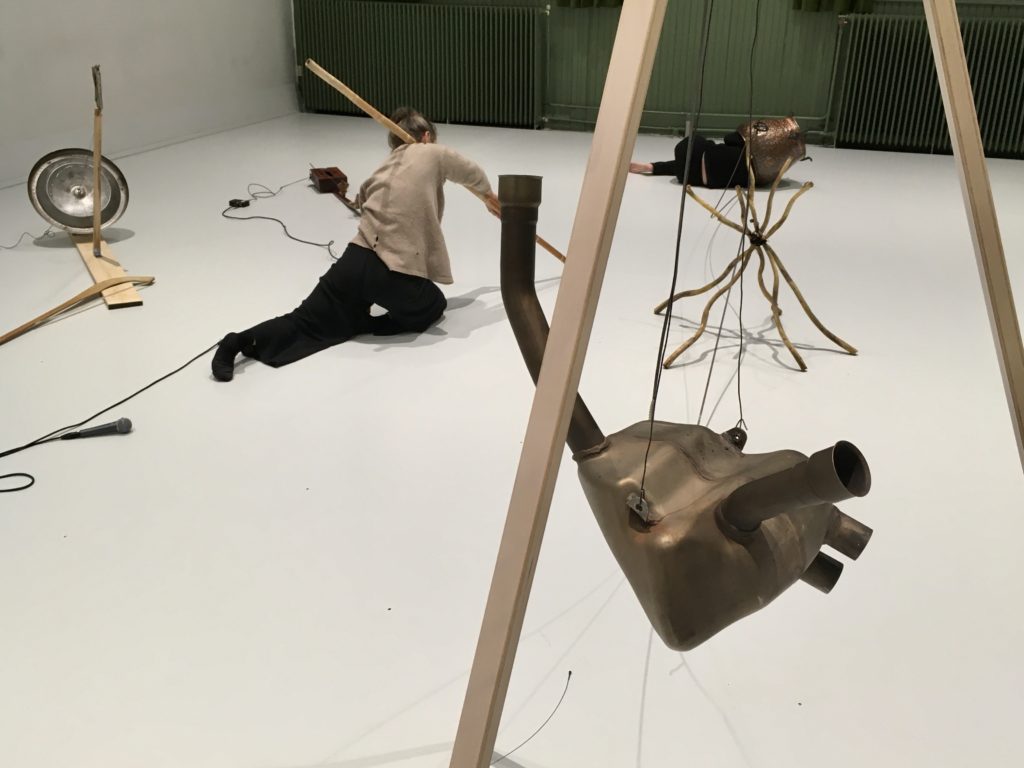 Finished the dance film Your shadow, made as an outdoor, site specific film based on the performance Your shadow 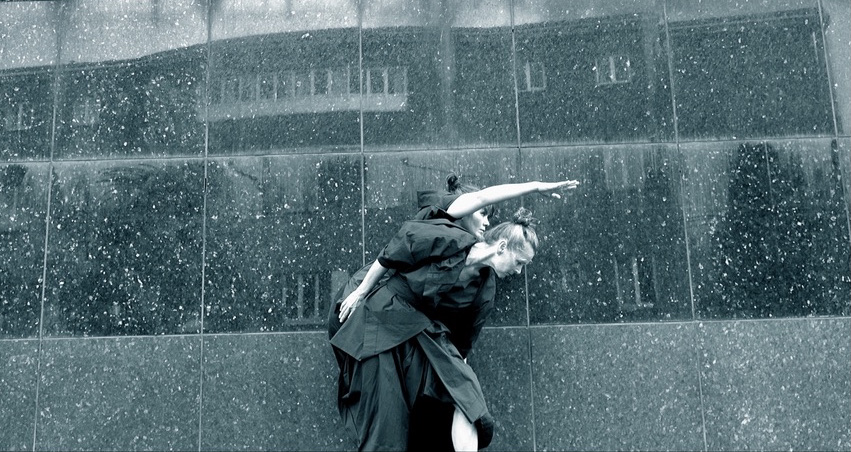 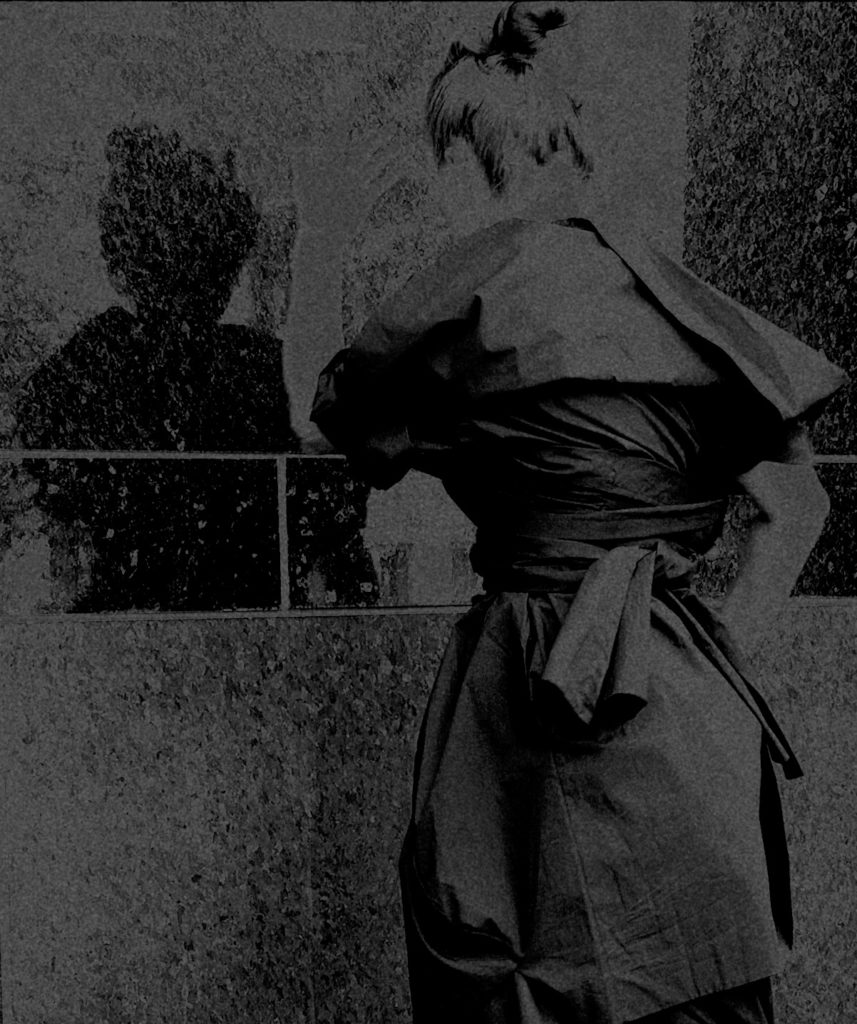 Finished the new dance-film; Preponderance of the small. 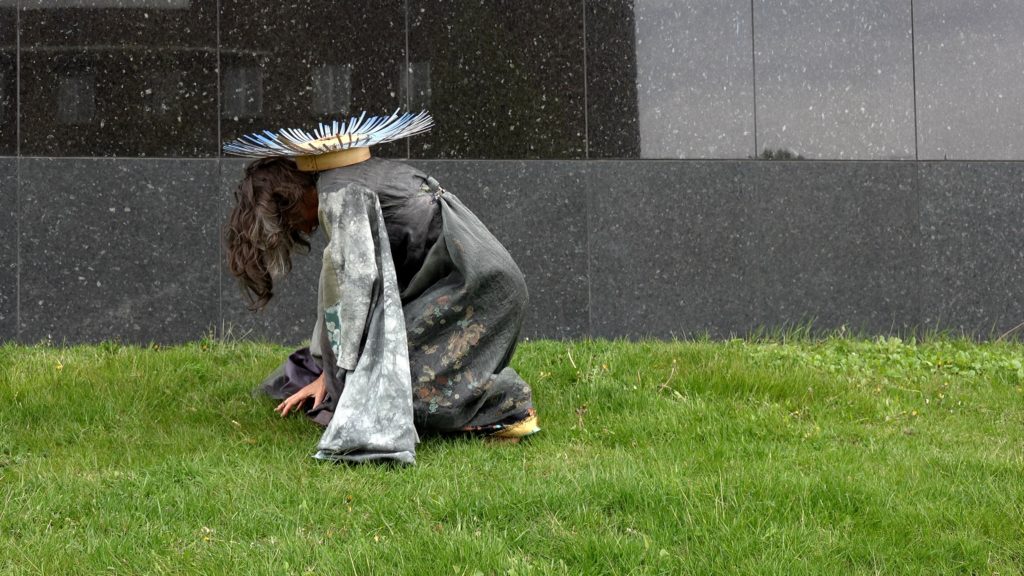 Made the short film; Inside Out during Covid 19 quarantine. 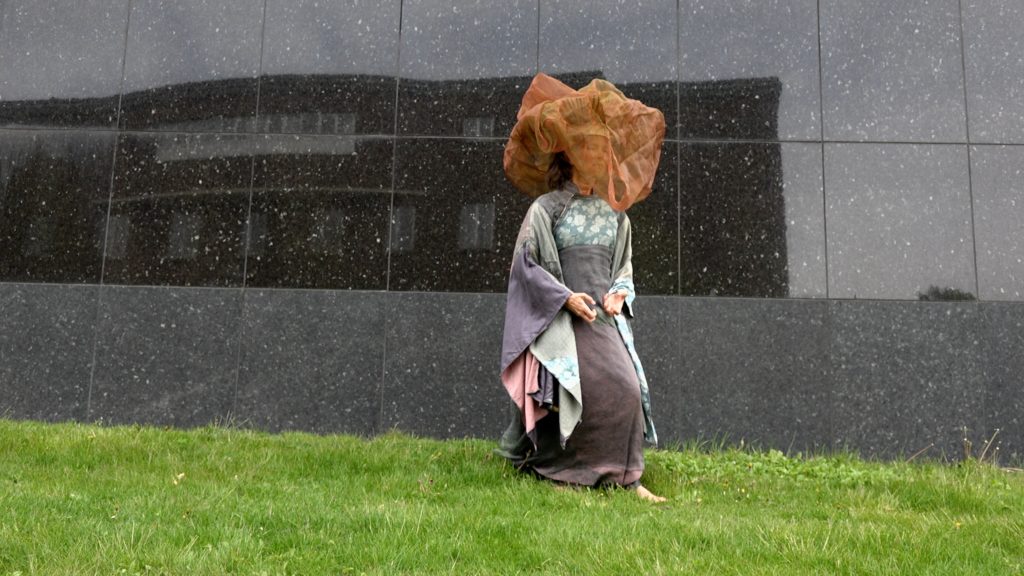 Your shadow was cancelled because of Covid 19. The performance will premiere in Oslo in the spring of 2021.

Rehearsals for Your Shadow start up again in February 2020. Performances at Rom for Dans, Oslo 28-29th of March and at Multiplié festival in Trondheim 23-24th of April 2020.

Kristina gave dance-classes for PraxisOslo at the Qigong-center; Inspired by T’ai Chi; breathing, meditation, Qi Gong and partner-work based on the elements into free, spontaneous movement.

Kristina participated in Butoh in Nature workshop with Atsushi Takenushi in Switzerland. 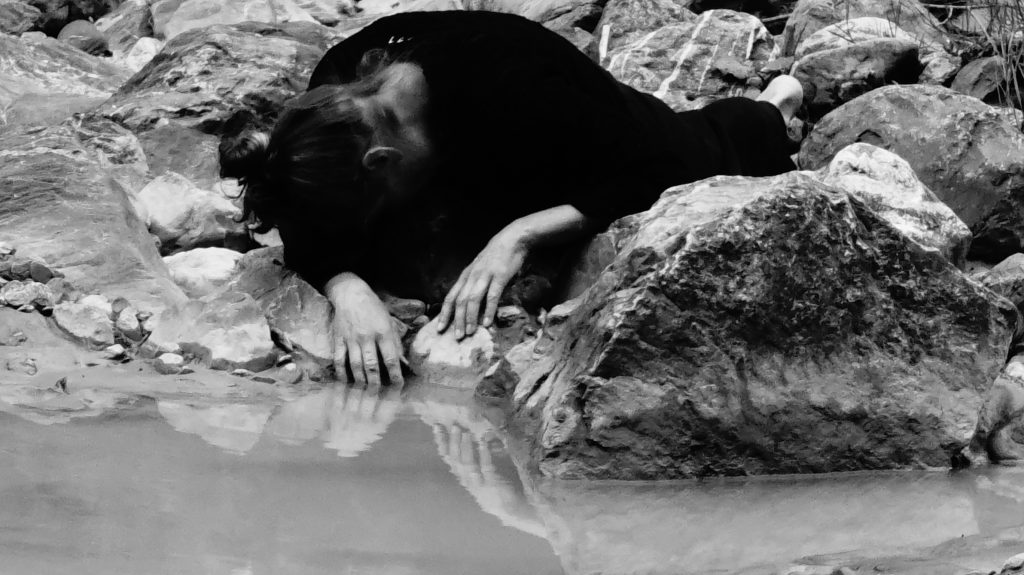 Loan and Kristina in residency with Dansit in Trondheim with Your shadow.

Rehearsals for Your shadow start in Oslo, with Loan Ha. 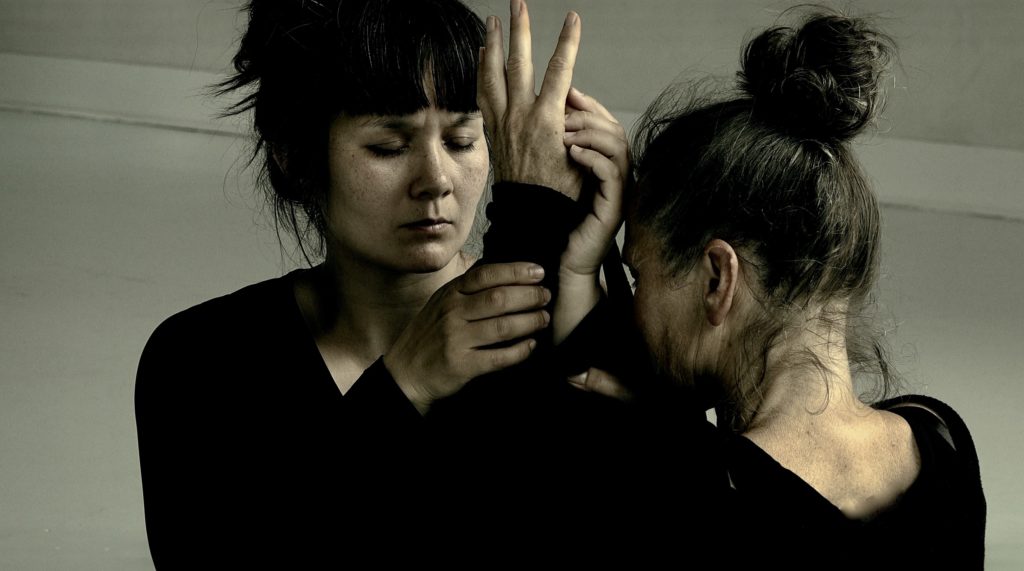 The dance film Drift was shown at Equilibrio- Aurora Boreale festival in Rome.

Kristina presented her work at TPAM in Yokohama, Japan.

Wind over lake, a collaborative duett with choreographer and performer, Hyun Kim from South Korea, performed at Space 776, in Brooklyn, New York 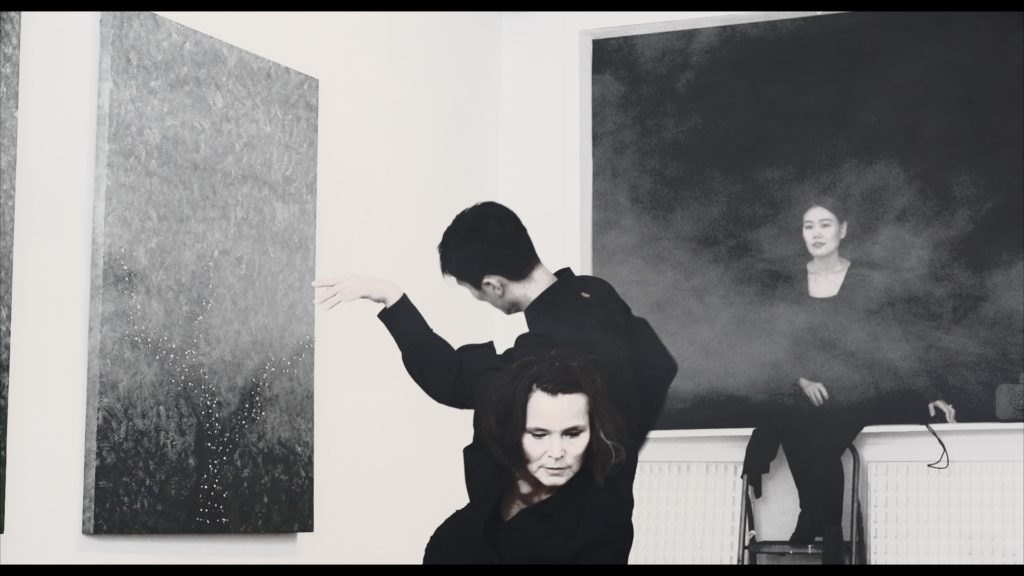 One gust of wind-and they all dance was performed at Tou scene in Stavanger.

The project; Does your shadow also spin?, a duett with Loan Ha, received funding from Art Council Norway

Kristina spent one week in Cornwall on a T’ai Chi retreat with Tew Bunnag.

Summoned Silhouette Our one minute dance-film made it to the top ten of http://60secondsdance.com

November 2017
Dreamscreen Productions performed at Jeju International Experimental Arts Festival in South Korea the 8th – 11th of November 2017. Kristina Gjems and Eric Williams made two site specific performances and took part in a group piece with the other artists, organized by the festival.

August 2017
T’ai Chi summercourse in Slottsparken, Oslo, 7th-11th of August, every day at 9 30-11 30 am.
To sign up, contact Kristina at dreamscreenproductions@gmail.com

May 2017
«One gust of wind and they all dance»
Premiere: 19th of May at 7 pm.
Performances: 20th and 21st at 6 pm, and 22th at 7 pm at Dansens Hus, Oslo
In relation to the performance:
Workshop with Tew Bunnag, arranged by Praxis Oslo the 22th of May